The first mention of the settlement called by the name "Geneva" occurs in 1788, though we are left with no record of why that name was chosen. Geneva was the strategic center of Western NY. The area which became the village and later the city of Geneva was fertile, fruitful, and inhabited first by the Algonquin then later by the Seneca Nation, members of the Haudenosaunee Confederacy. The northwest corner of the shore of Seneca Lake was used as a military outpost by British Loyalists in the persons of Col. John Butler's Rangers. Settlers began to move in after 1792 when the Pulteney Associates hired Charles Williamson as their land agent to promote the development of the area.

Farmers from other areas where land was not as fertile as that in Geneva began to migrate to Geneva from New England, Maryland, Virginia, eastern New York and Pennsylvania. The population of the Genesee Country, the land area bounded by Seneca Lake on the east, the Genesee River on the west, the Pennsylvania border on the south and Lake Ontario on the north grew from a population of 1,000 in 1791 to 30,000 in 1810. The Village of Geneva grew with them. Geneva was incorporated as a village in 1806 and a city in 1897. 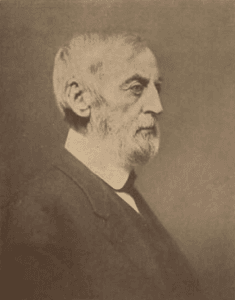 By the 19thh century, the Village of Geneva was a nursery and agricultural community. Plant nurseries were one of the first major businesses, capitalizing on the fertile soil of the Finger Lakes. One of the largest of these was, W. T. & E. Smith Nurseries, opened in 1846 by William Smith and his brothers. The business remained open until the 1960s. These nurseries were large, prosperous contributors to Geneva's economy. By 1875 more than 8000 acres in and around the city were used to grow flowers, shrubbery, and fruit, shade, and ornamental trees. In 1895 the City Directory listed more than 30 nursery firms.

The Geneva of the 20th century was home to forges, foundries, optical businesses, agricultural businesses and also had two military bases located nearby, the Seneca Army Depot and the Sampson Naval Base (later Sampson Air Force Base). The closing of the military bases and the closing or relocation of some of the larger companies has changed the economic base of the city to smaller businesses. However, there are still some businesses which have been here over 100 years such as Vance Metal Fabricators, C. S Burrall Insurance, and Lynch Furniture. Hobart and William Smith Colleges, the New York State Agriculture Experiment Station, and Geneva General Hospital also employ many Genevans. Agricultural businesses such as Red Jacket Orchards and many vineyards, wineries, breweries, and distilleries are still important to the area providing jobs and financial security. Tourism is yet another economic booster to the area with millions of dollars coming to the area every year from visitors.

The city has been home to important artists, authors, entrepreneurs, musicians, politicians and philanthropists. Today new generations of residents, shopkeepers, restaurateurs, investors and enthusiastic visitors are helping build a new and vibrant city.

If you would like to learn more about the City of Geneva please visit the Historic Geneva website or the Geneva History Museum at 543 South Main Street, Geneva, NY